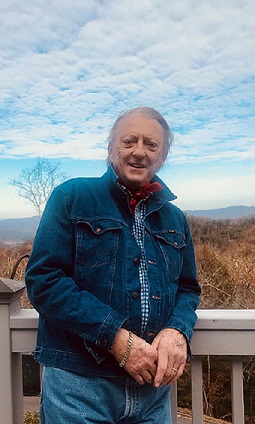 Ray Judson Boleman, Jr., died unexpectedly on November 23, 2019 in Winston-Salem, N.C.
Ray was born on November 9, 1944 in Royston, Ga., to the late Ray and Martha Boleman. He attended Clemson University, completed a Masters of Business Administration degree from Louisiana State University.
He married Jan Ankerich, his high school sweetheart, in 1964. They began their married life in Hartwell, where they had attended school together, but quickly moved to Columbia, S.C., when Ray earned his first position in banking, which would lead to a 31-year career in financial services. During their 55-year marriage, they moved 11 times across North and South Carolina and he held positions in South Carolina National Bank, Planters Bank, and Centura Bank until he retired in 1997 as President of Centura Bank.
Fulfilling a life-long dream of running a marathon, Ray completed his first race at the age of 50 in Washington, D.C. and additional marathons in New York City and Virginia Beach.
Family time was everything to Ray. The love of the beach, big fish expeditions, snow skiing, and time together baking cookies at Christmas are few of the special family times that are still being passed down today. The past month was full of unforgettable memories, though no one knew those would be the last moments shared with him.
In addition to being survived by his wife, Jan, he is survived by his daughters, Cynthia Boleman Heffernan and husband Daniel Heffernan, Jennifer Boleman Ford and husband Robert Ford, as well as grandchildren, Taylor Land O'Conney and wife Stonee O'Conney, Noah Allen O'Conney, Julia Carson Louise Ford, Hannah Grace Heffernan, Robert Gregory Ford, Jr., and William Henry Ford.
It brought immense joy to him that their first great-grandchild is expected in April 2020. His family will remember him for his generosity, his delicious "Papoo pasta" and French Toast dishes, how first impressions are so important, that you should greet everyone with a smile if you're happy or not, making pallets on the bedroom floor for them to sleep in and hunting for bargain treasures.
He was an active and dedicated member and Chairman of Deacons at the Middle Forks Baptist church in Blowing Rock, North Carolina. The last service that he attended he sang a solo of the song, "Will the Circle Be Unbroken"? to the congregation, even though he had been suffering from shortness of breath.
He and Jan were longtime residents of Hound Ears Club in Blowing Rock, and he loved the game of golf as a player and for 30 years as a score keeper at the Augusta National.
Many people may not know that Ray began painting and capturing photos late in life and enjoyed sharing the views from their mountain deck home in watercolor paintings and vibrant photos with his friends and family.
A funeral was held at noon on Tuesday, November 26, at Middle Forks Baptist Church, Blowing Rock, N.C. A graveside service was held at 3 p.m. Wednesday, November 27, in Hartwell, at Cross Roads Baptist Church.
In lieu of flowers, please send donations to Middle Forks Baptist Church (268 Bishop Ridge Parkway, Blowing Rock, NC, 28605) or Cross Roads Baptist Church (3636 Lavonia Highway, Hartwell, GA, 30643).
Online condolences may be shared with the Boleman family at the website www.austinandbarnesfuneralhome.com.
Austin & Barnes Funeral Home and Crematory was in charge of arrangements. Strickland Funeral Home in Hartwell was in charge of local arrangements.