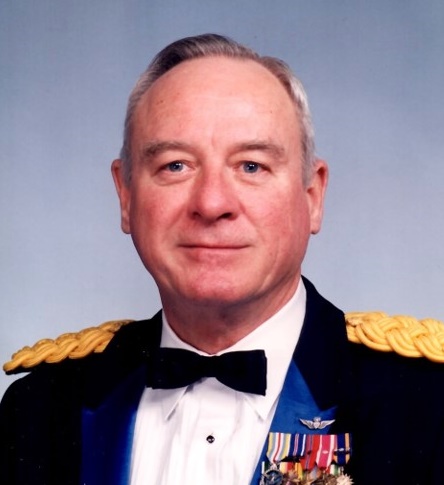 Philip "Wayne" Gaskins, age 83, of Lavonia, passed away Wednesday, January 29, 2020 at AnMed Health in Anderson, S.C.
Born May 3, 1936, in Dade City, Fla., he was the son of the late Herbert Philip Gaskins and Pauline (Sloat) Gaskins. After high school, he received a Bachelor's Degree from the University of Florida. He was a career United States Army Officer and retired as a Colonel where he was a helicopter pilot and served two tours during the Vietnam War. After retirement he served as the general manager of the Anderson Regional Airport and was a member of the Lake Hartwell Association, the Brittany Harbor Property Owner's Association, and American Legion Post 92. Mr. Gaskins was also a member of the Lavonia First United Methodist Church.
He is survived by his wife, Sonja (Martin) Gaskins; daughter and son-in-law, Karen and Edwin "Buddy" Gratton; and granddaughters: Kelsey Gratton and Samantha Gratton. In addition to his parents, he was preceded in death by his brother, Jerry Gaskins.
A memorial service with military honors will be held at 11 a.m. Saturday, February 8, at the Lavonia First United Methodist Church with the Rev. Hugh Hendrickson officiating. He was cremated in accordance with his request. The family will have an inurnment at a later date at the Georgia National Cemetery in Canton.
In lieu of flowers, memorial donations may be made to the Wounded Warrior Project (www.woundedwarriorproject.org/donate) and to Lavonia First United Methodist Church, P.O. Box 176, Lavonia, GA 30553.
Strickland Funeral Home of Lavonia is in charge of the arrangements. Online condolences may be sent to www.stricklandfh.com.