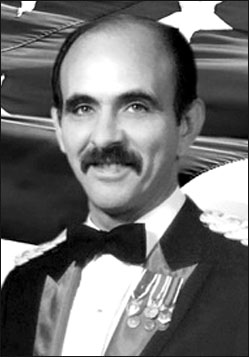 "Johnny" Cook
John Scuddy "Johnny" Cook, Sr., 72, of Bowman Road, Hartwell, passed away Friday, May 29, 2020 at his home.
Born on June 4, 1947 in Royston, Ga., he was the son of the late Henry Scuddy Cook and Jacqueline Alberta "Jackie" Kay Cook Shaw. Mr. Cook was a retired Major from the Georgia Army National Guard with 30 years of service. He also worked for Hahn Enterprises in Greenwood, S.C., and was a former handyman. He was a member of the Bethesda United Methodist Church.
Survivors include his wife, Cynthia "Cindy" Wilson Cook; his son, John "Jay" Cook (Stephanie) of Hartwell; three daughters: Emily Cook of Des Moines, Iowa, Beth Cleveland (Ben) of Stephens, Ga., Paige Cook (Zac Smith) of Atlanta, Ga.; three sisters: Nora Jean Baskins of Hartwell, Diane Sokol of Hartwell, Sara Combs of Hartwell; five step-sisters: Betty White of Franklin, N.C., Peggy Boles of Watkinsville, Ga., Margaret Adams of Hartwell, Janet Beasley of Buford, Ga., Jane Isom of Hartwell; six grandchildren: Mason Cook, Kelsey Cook, Alexis McBride, Charlee Cleveland, Kierra Luna, Kaden Luna; and one great-grandchild: Adeline Jayne. Mr. Cook was preceded in death by his parents; his stepfather, Watson Shaw; and his brother, Harold Shaw.
Because of the current conditions concerning the health and well-being of our community, the family will not be having a formal visitation.  They ask that everyone keep them in their thoughts and prayers in the coming days and weeks.
Graveside services with military honors were  held at 2 p.m. Monday, June 1, at the Bethesda United Methodist Church Cemetery with the Rev. Michele May and Pastor Wade Dotson officiating.  Everyone will be asked to practice social distancing and may want to bring a lawn chair.
In lieu of flowers, memorials may be made to the Wounded Warrior Project via their website: woundedwarriorproject.org, or by mail to P.O. Box 758516, Topeka, KS 66675-8516.
The Strickland Funeral Home of Hartwell was in charge of all arrangements. Online condolences can be sent to the family at www.stricklandfh.com.