Woman shares her battle with COVID-19 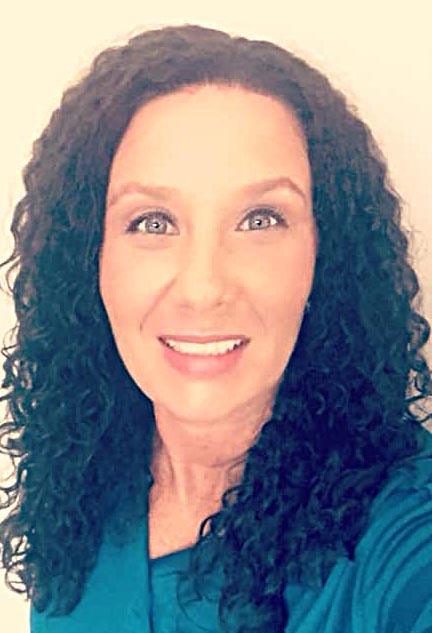 Lying on the floor of her home a couple of weeks ago, gasping for air, Hartwell resident Sherry Alexander thought she was going to die.

At first, she thought her symptoms were a result of a sinus infection, but it turned out to be much more severe — she was positive for Sars-CoV-2, the virus responsible for the COVID-19 pandemic that has killed more than 90,000 Americans.

The 43-year-old said she first started feeling sick on April 30, but didn’t get tested for the virus until May 8 when she went to Piedmont Athens Regional.

The next day, she received a call telling her she tested positive.

Alexander said she doesn’t know where she could have contracted the virus, considering she has been working from home as a corporate nurse where she hasn’t dealt directly with patients since the beginning of March.

“Not one person I’ve been around is sick,” she said. “It had to be somebody that was asymptomatic.”

About eight days in to having the illness, Alexander was sitting on the couch,  feeling the worst she has ever felt in her life.

A rescue inhaler saved her from going to the hospital because it relieved the extreme tightness in her chest she was experiencing, she said.

“All of the sudden something just grabbed my chest and it literally was so tight that I could not breathe,” she said.

Initially, Alexander thought a sinus infection was the root of the problem. She said she was cutting the grass one day and thought she got dust up her nose.

But the next day, she said,  her sinuses were swollen, as well as the left side of her face.

“I barely could see out of that eye,” Alexander said.

Through telemed with her physician before she tested positive, she was prescribed antibiotics, Prednisone and Flonase. Alexander said she started to feel better and thought the medicine was working, but then things took a turn for the worst.

Alexander said she was running low-grade fevers most of the time with the highest her temperature measured being 100.1, albeit while taking Tylenol.

After she tested positive, Alexander was prescribed an inhaler, as well as cough syrup that she never filled.

The persistent headaches have been among the worst symptoms for Alexander. She described the illness as feeling like the flu, with a really bad sinus headache and an upper-respiratory infection on top of it. A lack of taste and smell have been present in Alexander since she first started feeling sick.

She’s only had the flu once in her life, but Alexander said this is 100 times worse. Her cough has been so severe it causes her neck to hurt, she said.

“You’ll know if you have it. It’s not going to be a question,” she said. “Unless you’re just 100 percent asymptomatic, you will know. It won’t take you long to figure it out. This is not normal.”

The Centers for Disease Control and Prevention says people who tested positive can discontinue home isolation if they have had no fever for 72 hours without fever reducers, other symptoms have improved and at least 10 days have passed since their symptoms first appeared.

Alexander isn’t chancing getting anyone else sick and went to be tested on Friday to see if she was no longer positive for the virus. She said she called everyone who she thought she might have come into contact with before she isolated herself and encouraged others to do the same.

While most people who are infected will experience mild symptoms, the CDC says, Alexander is an example of how bad the virus can be.

She said next to the severe respiratory symptoms, the mental anguish associated with the virus is the hardest part.

“You wonder are you going to die,” Alexander said. “You have periods where you think that and you cry. And you wonder if you give it to anybody that they might die that you didn’t know. Are you hurting anyone that you didn’t realize you were hurting? That’s painful.”

Remedies that helped some of Alexander’s symptoms were taking hot showers, using a steam vaporizer and an inhaler, she said.

Alexander said she wants people to know how severe the virus can be and encouraged others to take it seriously.