Board of Education appoints new member 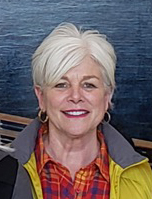 A new representative has been appointed to the Hart County Board of Education.
Henley Cleary, the former Hartwell Downtown Development Authority director, was named Monday to fill the District 2 seat on the board of education left vacant last month when Matthew Honiotes resigned due to a change in domicile.
The appointment to fill the seat for the remaining two years of the term was made at the Nov. 9 regular meeting and passed with a 4-0 vote.
No discussion was heard on the matter at the meeting and the decision was met with grumbling from within the audience as multiple members of the Hart County Property Owners Association walked out upon the unanimous vote. They have called for more public input in the decision and have requested more transparency in the decision making process. The association says it nominated three members for the seat, but none were contacted by the board.
Cleary told The Sun on Tuesday she entered her name to be considered for the appointment.
“I’m thrilled,” Cleary said about being selected as a board member. “I’m thrilled to be a part of what they’re trying to do with the school system.”
Cleary, who volunteered with the downtown development authority before becoming the director, said she has experience volunteering in multiple different school systems in Texas, Michigan, Washington, D.C., and Atlanta. She’s previously held board positions, PTA positions and fundraising roles.
“I think I have a fortunate  perspective that I have been part of so many different school systems in different parts of the country,” Cleary said.
In addition to her role with the DDA and other public school systems, Cleary has served as a board member on the Northeast Georgia Council on Domestic Violence, volunteered with the chamber of commerce and was a member of the Kiwanis Club.
As she starts her new role on the board, Cleary said she wants to listen and learn in the beginning.
She said having a good school system not only affects the students and community, but also potential businesses looking to come to Hart County. She applauded the administration and volunteers for their efforts in creating the college and career academy, the AgriScience Center and the health and wellness center.
“That puts us in such a wonderful position for our children, our education system and economically as a community as a whole because when businesses come into town the first thing they want to know, and what their employees want to know, is ‘tell me about your school system,’” Cleary said. “And we can hold our heads high when we tell people what our system is and I want to see us continue to go in that direction.”
In other business:
• The board tabled a request to place a sign or bench naming the fitness track at North Hart Elementary “Granville Fitness Track” in honor of retired physical education teacher Bonnie Granville who was instrumental in securing grants for the track. The request was tabled to allow public comment.
• The board unanimously approved a recommendation to lease the AgCenter to the Hart County Board of Commissioners for the purpose of holding Superior Court proceedings in December, January and February.
• Superintendent Jay Floyd gave an update on the status of COVID-19 infections in the school system. One student was positive for the virus and 16 were quarantined for possible exposure. One employee was positive for the virus and one was quarantined for possible exposure.