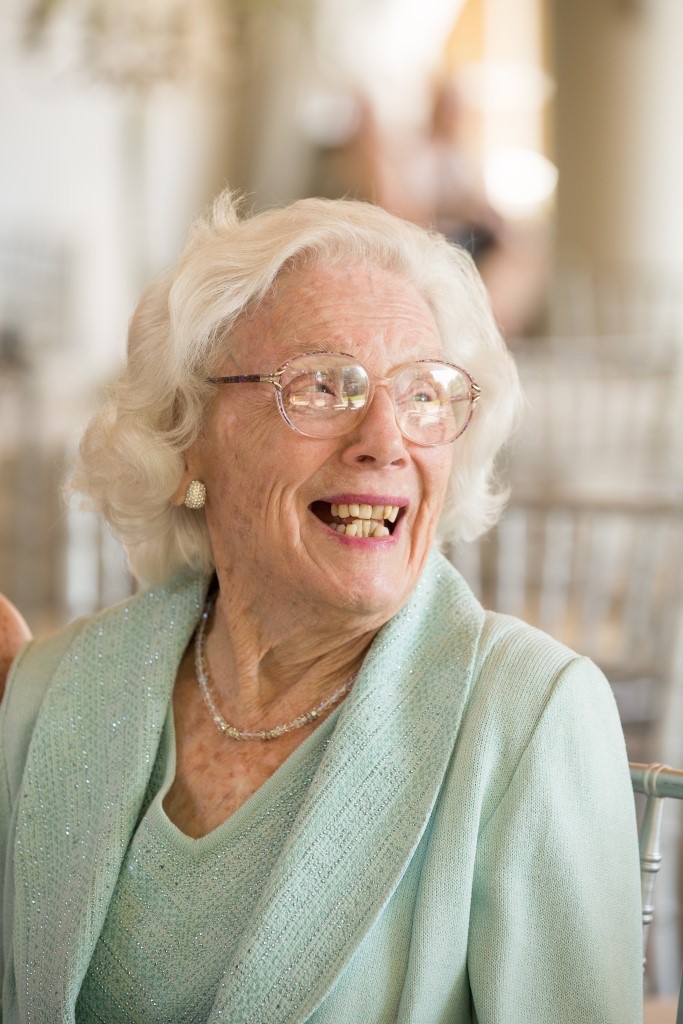 Nonnie Dilworth Marett, 97, of Hartwell, died peacefully at her home on Friday, November 8, 2019. She was the daughter of the late Joseph Vineyard Dilworth and Bert Hunsinger Dilworth of Walhalla, S.C.
A native of Oconee County, S.C., she met her one true love, a handsome former Army officer, while employed as a bank teller in Walhalla, S.C. shortly after World War II. In the early 1950's, Nonnie and William Joseph (Bill) Marett, Sr., moved to his hometown of Hartwell and purchased the Western Auto store on the Square which they operated as a team for the next 40 years. Thousands of Hart Countians' memories of Christmas include visiting Miss Nonnie in "Toyland", a fact that many reminded her as she met them around town.
A devoted mother of Bill, Jr. and Nonnie Dilworth, she tirelessly served as Cub and Brownie Scout leader, room mother at Hartwell Elementary for each of her children's grades and was a strong supporter of the Hart Co. High band, debate teams, 4-H Clubs and various sports teams. Nonnie is survived by her son, William Joseph (Bill) Marett, Jr. (and wife Patricia Elaine Gill Marett) of Islamorada, Fla., and daughter, Nonnie Dilworth Marett (and husband William (Bill) Rogers) of Gainesville, Ga.
A strong woman devoted to her community and her faith, she was a member of the Hartwell Garden Club and First Baptist Church where she taught Sunday School and sang in the choir.
Family was of paramount importance to Nonnie.  She remained close to her brothers and sisters from the remarkable Dilworth family to the very end. The highlight of each year was the annual Dilworth Dinner held the Sunday after Christmas which quickly outgrew the family home. Nonnie is survived by her sisters, Lalla Dilworth Fowler of Walhalla and Rena Dilworth Hamilton of Bowling Green, Ky.; and brother, Ronnie Dilworth of Gastonia, N.C. She was predeceased by sisters, Ruby Dilworth, Helena Dilworth, and Meta Dilworth Neville, and brothers J. B. Dilworth, Robert Dilworth, Zeddie Dilworth, all of Walhalla, S.C., John Dilworth of Lake Toxaway, N.C., and Cecil Dilworth of Florence, S.C.  From this large and close-knit family, Nonnie is also survived by many loving nieces, nephews, and grandnieces and grandnephews.
However, it was her grandchildren and great grandchildren that she described as "the light of her world." Surviving are grandchildren: Marett Davis Peets of London, UK, Matthew William Marett (and wife Sara Marshall) of Portland, Maine, Kelly Elaine Marett Howard (and husband John Ross Howard) of Nashville, Tenn., and Christopher Michael Marett of Portland, Ore., and great-grandchildren Ethan William Marett, Lucy Katherine Marett and Rowan Arthur Marett, all of Portland, Maine. She was able to see all her grandchildren grow to adulthood and was proud of their character, intelligence and accomplishments.
Following retirement Nonnie and Bill traveled the world. From the then Soviet Union, to China, to the Arctic Circle, and many places in between, they fulfilled Nonnie's life-long quest to learn about the history, people and places about which she had read and studied. Denied a college education due to the Depression and the War, she more than made up for this lack by being a voracious reader, always ready to discuss history, culture and the issues of the day. It follows, then that she insisted that her children and grandchildren have a full and well-rounded education and was proud to be able to see them all wearing the cap and gown of a college graduate.
The death of her beloved Bill did not stop her from traveling and being active within the community and her church. For the next 20 years she proudly demonstrated that she was a capable, strong, and independent woman unafraid to go it alone. But she never forgot to "talk" to Bill every day to tell him of her adventures and how she missed him.
In her last days, Nonnie was accompanied by her wonderful caregiver, Ms. Delisa Hill, who loved her as if she were family. Her family would like to thank "Miss Dee" and Pruitt Hospice for excellent care and guidance in these last few months.
Funeral services were held at 2 p.m. Monday, November 11, in the Chapel of the Strickland Funeral Home of Hartwell with Dr. F. Hugh Kirby officiating. Burial was in the Marett family plot in Northview Cemetery.
The Strickland Funeral Home of Hartwell was in charge of all arrangements. Online condolences can be sent to the family at www.stricklandfh.com.